Debunking the "Reports without Seal" arguments in Ankara elections

The allegations of fraud in Ankara elections have turned into a debacle with baseless claims and arguments. Before Erik Meyersson's blog post detailing some of these allegations, I had already demonstrated in one particular ballot result report ("tutanak") that a report that appears to lack the official seal of the ballot box in question ACTUALLY CARRIED the seal:
http://iradeimilliye.blogspot.com.tr/2014/04/2908-muhursuz-tutanak-masal-ve-cankaya.html 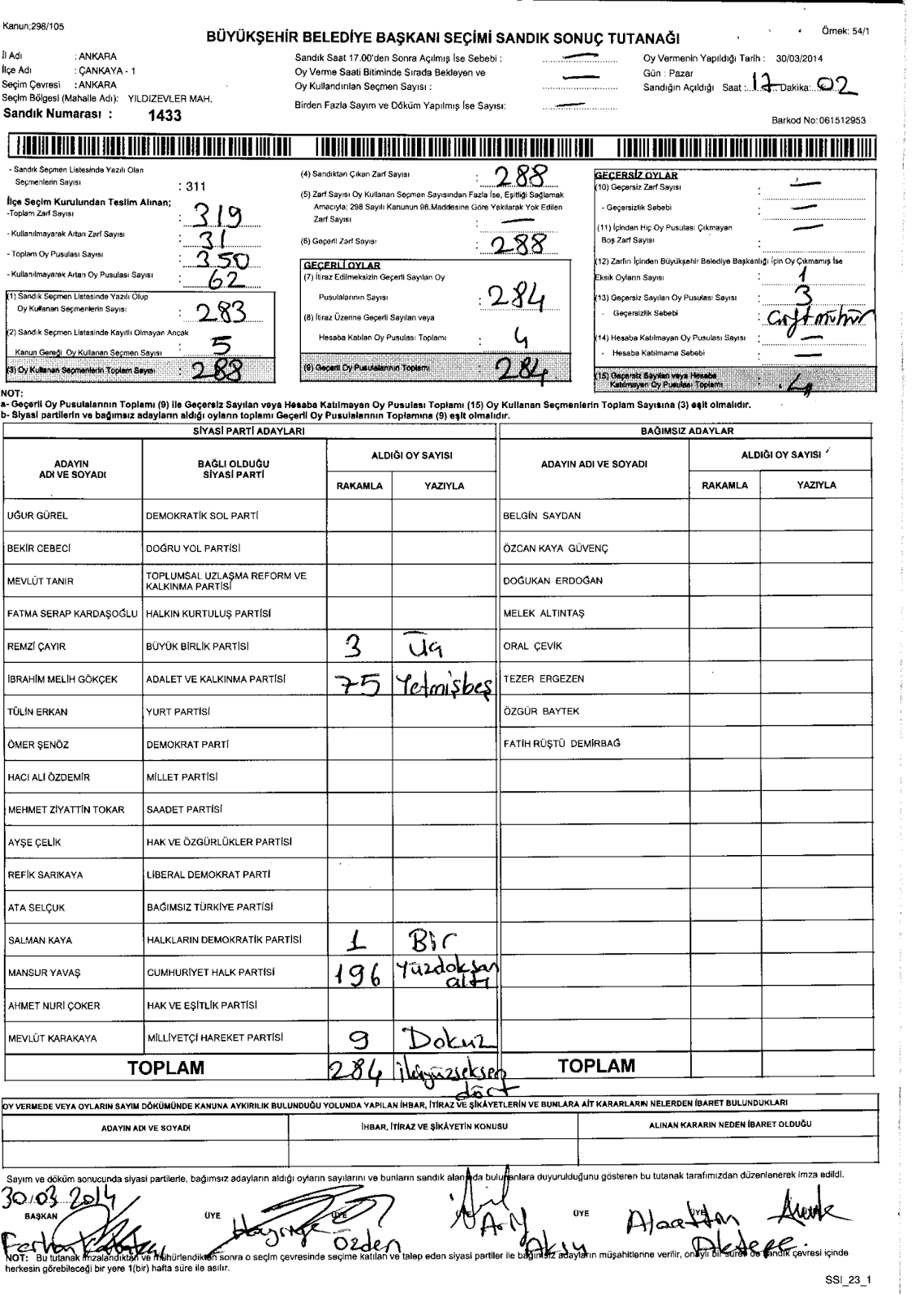 And this is the image of the report that was shared on twitter the day after the election: 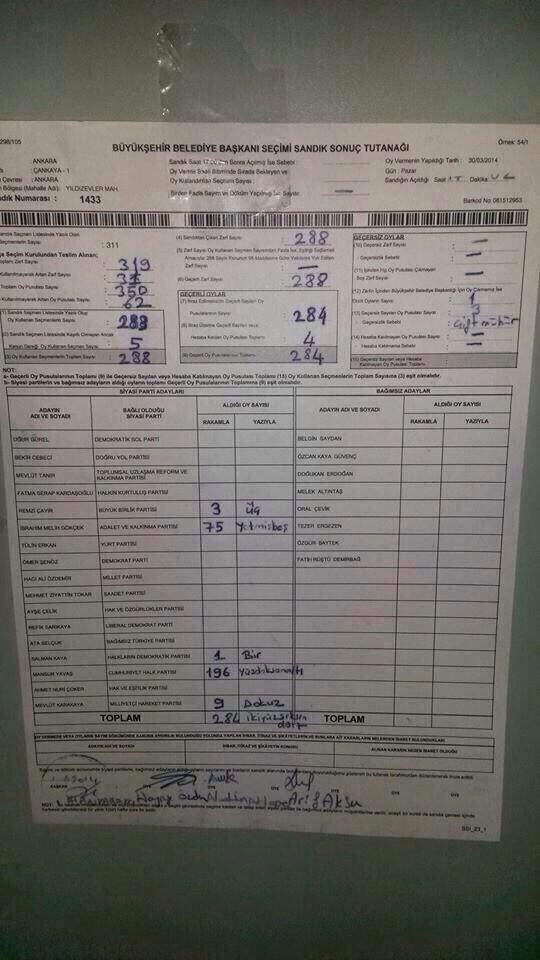 As you see, the report clearly carries the official seal of the ballot box committee, but the scanning software simply regarded it as not being a text and omitted it in the scanned image. I have experimented with several official documents I have and have been able to reproduce this using VueScan as my scanning software.


I have investigated a lot of scanned images of ballot box reports at oyumucaldirtmam.com. In many cases, the seal is barely visible, and it is easy to imagine how the scanning software could simply have eliminated them if the seal on the document were a little bit fainter. Let me show you some examples: 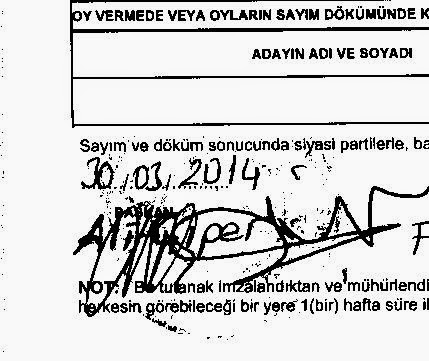 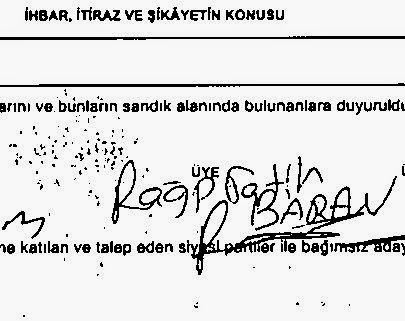 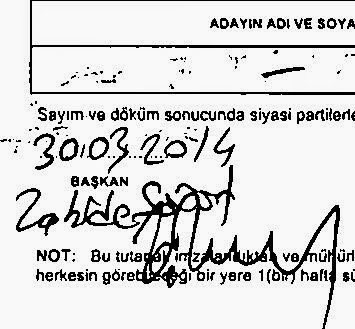 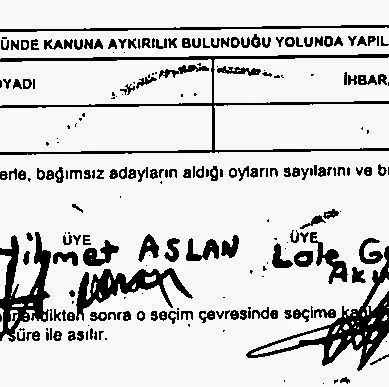 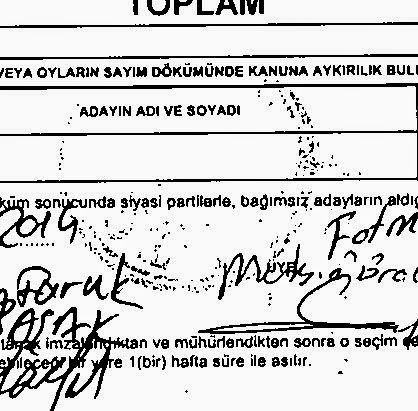 We can not read what is written in the seals in the above cases, but we can only say there EXISTS A SEAL, however illegible it is.

The following case demonstrates that we are dealing with images of the reports that were scanned using a flatbed scanner and a scanning software using the "text" setting. 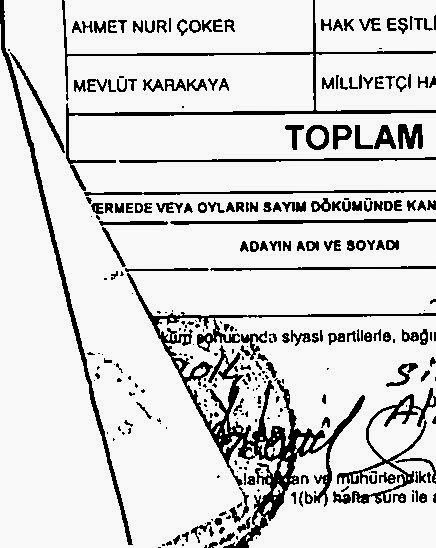 Finally, I present an example that by itself should be enough to debunk the whole "Reports without Seal" argument. This is an image of a ballot result report carrying the official seal of the ballot box committee and the signatures of all its members. It is an original copy in the possession of AK Party, for the ballot box Etimesgut No. 1035. 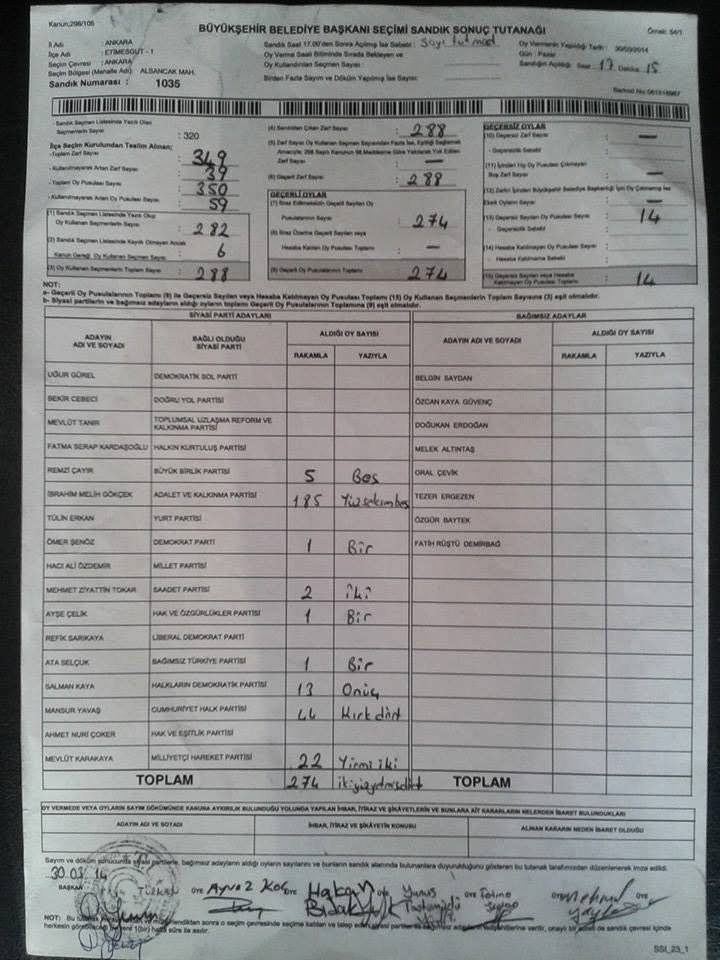 Now, let's see how the same report looks after scanning: 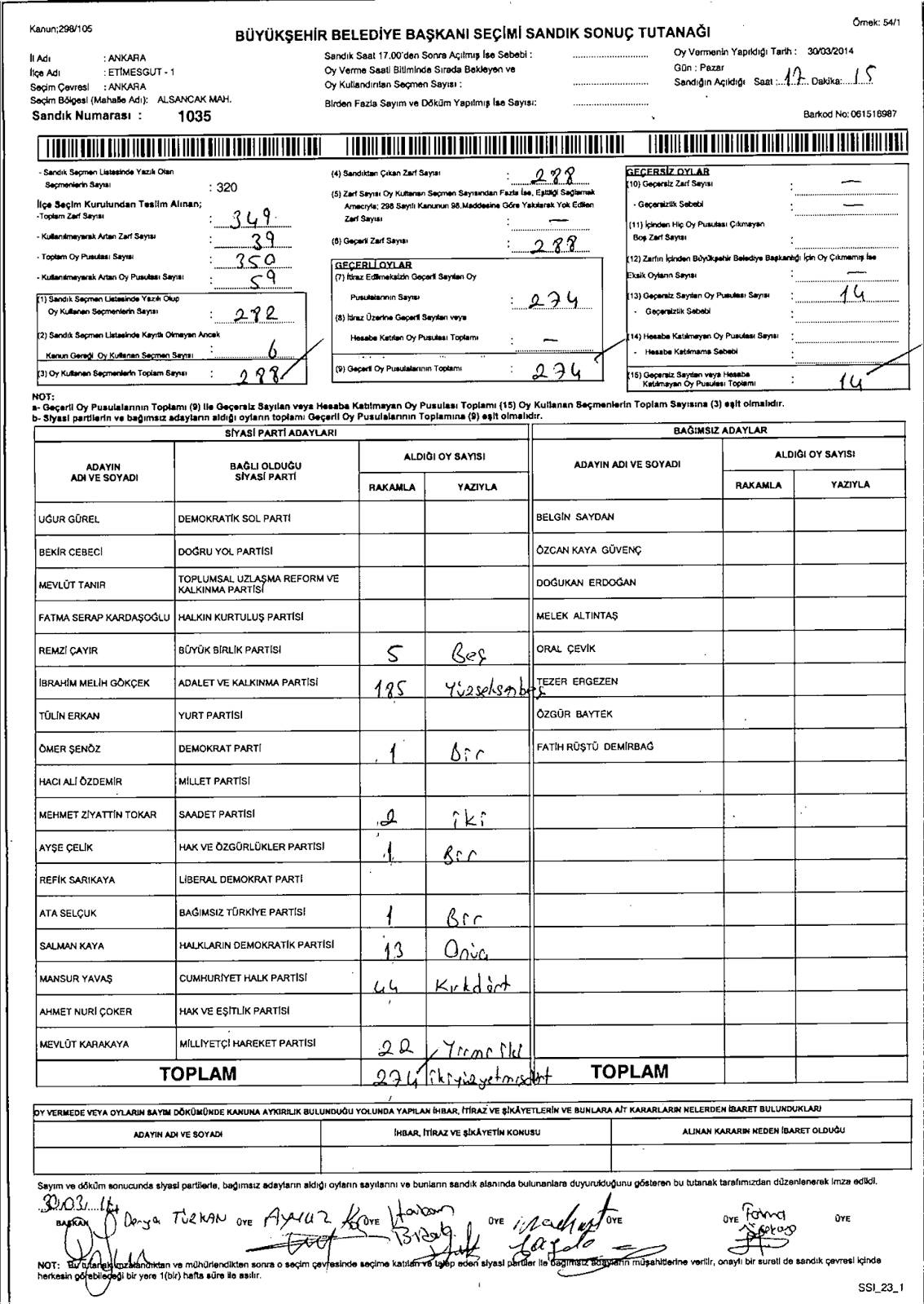 The copy of the ballot result report in AK Party's possession clearly carries the official seal. I am sure the report in Higher Election Council's possession carries the official seal, too. It's just that the scanned image does not display the seal. Why? Because the scanned image is just 1656x2338 PNG image that takes up 58.9KB of space. The image's color depth is just 1 BIT, that is, a pixel on this scanned image is EITHER BLACK or WHITE. This image simply DOES NOT HAVE THE CAPABILITY to display the seal on the original document.

I find it hard to believe that CHP and/or the citizen initiative "Ankaranın Oyları" does not know about the truth regarding these "Reports without Seal". CHP must be in possession of nearly all the ballot box reports in Ankara, whereas Ankaranın Oyları had representatives at nearly a quarter of the ballot boxes. So they must have compared the scanned images with the originals they have got. Then, why are they continuing this farce? They are either so incompetent to compare these scanned images with the originals in their possession, or they know the truth, but simply mislead the general public, in the hopes of stirring a controversy or delegitimizing the Ankara mayoral election. In any case, they are doing a great disservice. If they have been deliberately lying to us, this will not go unnoticed or fade away. There are going to be consequences.

please come closer to ballot box 1035 - two of the pages are different - "274" typography is different
please kindly be noted :)

this example is irrelevent - sorry :)

Anonymous COmmenter: Please read my post on how to prepare the ballot result reports (only in Turkish at the moment, unfortunately):
http://iradeimilliye.blogspot.com.tr/2014/04/sandk-sonuc-tutanag-hazirlama-klavuzu.html

These are two different copies of the same report. They may even have been written by different hands, but they all carry the original signatures of all committee members and the official seal of the committee.